Jávea Council are putting in place a plan to build two new establishments for public use in the town. The plans submitted and drafted are for a new municipal school and a second covered sports hall. These new projects will be added to the already underway community pool.


Following guidance from the department of education Jávea will build a new municipal school. It will be built on a plot halfway between the old town and the Port, close to the current school Trenc D'Alba.

More so than a school this will be a nursery, although the name suggests otherwise. With new legislation coming in to place about when and where a nursery can be established, this will help to alleviate some of the strain on other schools. The building will contain toilets within classrooms, a kitchen area for home cooked food and a communal area.


The second sports hall is being proposed on the site of the old football pitch. This ground is no longer used for football due to being an outdated sand pitch that does not comply with regulations anymore. The project will include the demolition of many ofthe current structures and newer modern sports hall being erected in their place.

This development is following on from the plans laid out by the Department For Sport with a total of 4000 square metres available to build tennis courts, multi-use rooms and spaces for many varieties of sport. This construction will help many of the local sports teams to have more time to train and part-take in their chosen activities.

These projects stand out as great social innovation projects for the town. Attending to the needs of the people in an international community.
construction Javea latest news 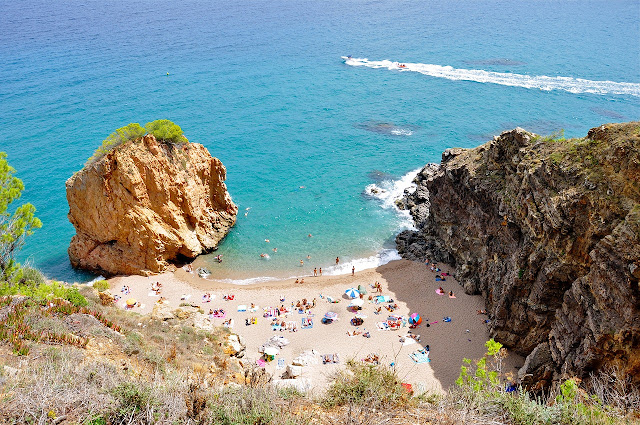 The welcoming Mediterranean climate of Northern Costa Blanca plays host to the town of Javea. This town sits on a coast that will reward exploration. Rugged coves and inlets which were once the haunts of pirates and smugglers have now been transformed into havens for those who are interested in exploring the wonders of the Mediterranean. Snorkelers, scuba divers and those who are just intent on taking in some of Spain's famous warming rays of sunshine have flocked to the area in search of relaxation in a country that offers exceptional value for money to both tourists and those who might be interested in property investment in the region. The attractions of purchasing either a permanent residence in Javea or a property to provide either rental income or a vacation home include the fact that the town is set to avoid the high rise clutter that affects other tourism hot spots in Spain - this is due to the height restrictions that have been placed on buildings. The Spanish economic d

March 19 is a officially a holiday in Spain. Many businesses will be closed with only the bar, restaurant, taxis and few others remaining operational. The festival is that of the husband of the Virgin Mary. St. Joseph or San Jose as he is known here in Spain, gives his name to the day and as he is the father of Christ it is also father's day. In Valencia the festival day also coincides with the world famous Fallas, a spectacle that has to be seen to be believed. The final day of the fallas falls on San Jose and it is a well known festival full of colour and celebration. Fires are held across the city of Valencia and many other towns in the region to honour San Jose. The main part of the festivities last 5 days and include fireworks, mascletas, flower offerings and parties in all parts of the city. The festival builds to the final day that always coincides with the 19th day of March, San Jose. Picture from https://www.facebook.com/TheFallesFestival/ Money is rais